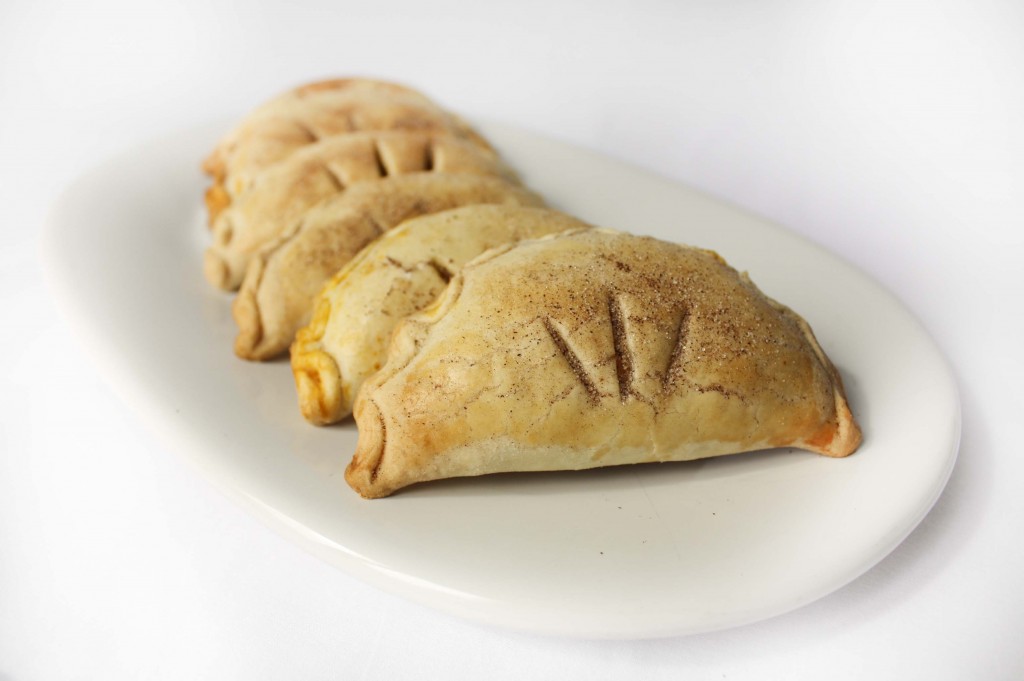 So there’s been something I’ve been meaning to get off my chest for some time now. I’ve been hesitant up until this moment to share it with all of you, but I guess I’ve reached the point where I can’t hold it back any longer…I’m a nerd. That’s right. I said it. I’m a nerd, a geek, a dork, if you will. Now I’m not telling you this in hope that you show me pity. In fact, I am quite proud of my geek-dom. I wear my nerd badge with pride as I announce to the world that I love math, science, tech gear…oh yeah, and Harry Potter. I first discovered Harry Potter at the tender age of 11…and 12 years later, I’m as big a fan as ever. I’ve read and listened to the books more times than I care to admit (nothing speeds up the 12 hour car ride home like Jim Dale‘s rendition of Harry Potter and the Half Blood Prince). Every time I pick up one of the books, I’m transported to this amazing world that I refuse to accept doesn’t exist. Magic is definitely real. 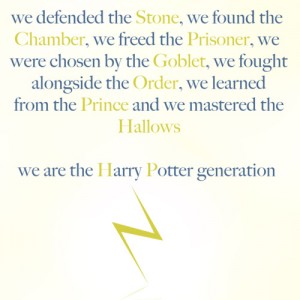 As many of you know, July 15th marked the release of the last Harry Potter movie. In honor of this historic event, I decided to take a stab at some HP themed treats. At first I figured I’d attempt to make Butterbeer…but then I remembered, I’d probably have to eat/drink whatever I made, so I went something that I already knew I loved – pasties (pronounced pas-tees, not paste-ies…trust me, you don’t want to eat the second thing). A pasty is typically a meat and veggie filled pastry that you can eat without any utensils. They’re very popular in England (hence the numerous references found in the HP books), as well as the Upper Peninsula of Michigan (my hometown!). Before this weekend, I’ve only ever had savory pasties, but after all the times J. K. Rowling has mentioned Pumpkin Pasties, I decided to attempt a sweet pasty as well. The recipe for the savory pasty is especially exciting for me at it is the first time I’ve attempted to make my favorite style/brand of pasty – Dobber’s Vegetarian Pasty, and I’m happy to say it tastes pretty close to the real thing. This pasty is especially appropriate for this post given that “Dobber’s” sounds an awful lot like “Dobby‘s”…I know it’s cheesy, but it makes me laugh. 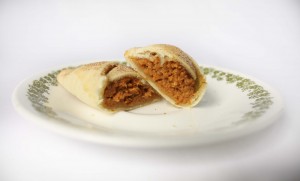 Quick note on the pie crust – I was short on time and decided to use pre-made crust. If you want to make your own crust, you can try this recipe.)

What you need to do: 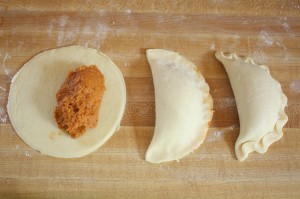 how to fold a pasty 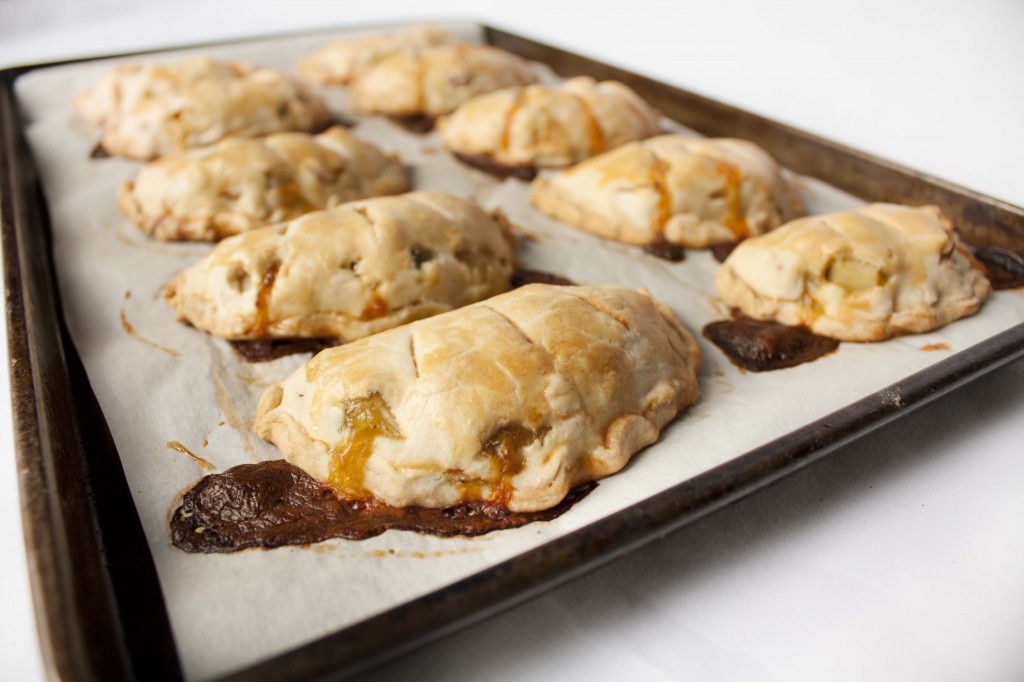 Print This BA Recipe
This entry was posted in Dessert, Pumpkin, Vegetarian. Bookmark the permalink.